That's particularly true when it comes to placing a target price on a fast-moving tech stock.

You folks know all about my prediction that Apple Inc. (Nasdaq: AAPL) will reach a split-adjusted price of $1,000 a share by Labor Day 2016.

I bring this up to make sure you all know that when I make my next big call I have the track record to back it up.

And I'm going to make that call right now - it's one that will double your money by 2018. 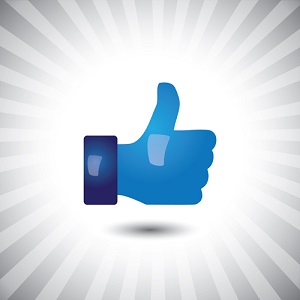 So let's talk about why I predict that Facebook Inc. (Nasdaq: FB) will double to $161.36 a share in the next three years.

But before we do that, let's talk about why Wall Street just doesn't seem to understand the incredible value the stock represents.

I think the reason is simple. Many on the Street just don't trust Facebook because they still think of it as a social networking site for young people.

As the saying goes, "That was then, this is now." Facebook has moved well beyond its early days as a site just for teens and young adults to friend each other online.

Facebook is now, indisputably, the world leader in the social networking market, one that forecasters IBISWorld estimates at $9 billion. The research firm says that between 2009 and last year the industry grew by 36% a year.

And within that rapidly growing social networking market, Facebook is a business that meets the mandate of Rule No. 5 of my Tech Wealth Secrets - "Target stocks that can double your money."