Suppose I'm the manager of a giant hedge fund. Suppose I'm soliciting you to come into my fund with a few billion of your $100 billion net worth.

You want to come in because you trust me and you know I know how to make money.

However, you'll only come in if I tell you how the secret trade I'm working really works.

Okay, I'll tell you. But you can't tell a soul. Not because what I'm doing is illegal, but because only a few other guys are doing this, and we all know each other, and we're kind of all in this together - wink, wink - and we don't want anyone else in our game.

Come a little closer... you're not going to believe this...

Return of the Vultures 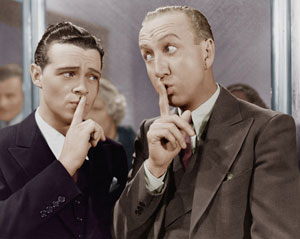 First of all, we can't lose money. Not only are we making money on the way up, but when the bottom drops out - and it will, we will make it drop out - we'll make money on the other side too.

We came up with this trade after analyzing what went wrong leading up to 2008.

Here's what we figured out.

We also know a couple of guys who bet against the bubble and made mega-billions. They didn't just guess that stuff was going to crash - they had banks make crappy mortgage pools designed to crash and they bet against those. We learned from them, too.

I'll get to that, and you're going to love it.

So we're doing it differently this time. Yep, you heard that right - this time is different.

You see, after the crash settled, when all the people who still had tons of money needed something to believe in, we went to them and said, "Housing."

And they said, "What! Are you kidding?"

And they smiled. "We love you vulture guys," they said.

So, on account of the Federal Reserve System making the cost of borrowing essentially zero, we go out and borrow a ton of money from big banks that aren't lending to little schmucks to buy houses, or to idiots who want a loan to start a small business that isn't going to make it in a crappy economy, which the banks know is crappy.

They lend us a ton of money. And we also go out into the bond market and borrow really cheaply. Because, you know, those institutional investors will buy anything with a dollop of yield above what they're getting anywhere else.

All that money we raised, that's called leverage.

So, we take all this money and we buy up distressed housing stock around the country. We concentrate our buying in the hard-hit areas.

Now, here's the beauty of the upside of this trade...

Thanks for your always interesting and wonderfully insightful insider take on what is actually going on. This sounds like you're talking about one of my current best performers, BX, the Blackstone group for which I just recently picked up shares in mid October at fire sale prices. That's exactly what they've done and doing now with the exception of selling the inventory to homeowners just yet who I don't think are getting enough of the loans from banks….yet. As that changes and the trade's strength builds, the time to sell before it blows will be getting closer and closer I take it from your excellent analysis here.