I've made the trip "across the pond" to address the Annual Energy Consultation of the Windsor Energy Group (WEG) on the current state of the energy market.

This highly exclusive series of private meetings is held at Windsor Castle outside London, and features some of the most gifted and powerful energy minds in the world.

Once again, I will be taking you inside.

This is the seventh year I have addressed this high-level meeting. WEG was founded under a royal charter from Queen Elizabeth II, and the annual conclave occurs while the royal family is in residence at Windsor, the oldest inhabited castle in the world.

It brings together some of the major energy figures from six continents, along with policy makers, private sector leaders, and ambassadors.

As is custom, these discussions will take place under Chatham House rules. Those rules dictate that the conclusions and themes can be made public, as long as the opinions aren't attributed to named individuals.

These rules allow for frank exchanges, which rarely happens at other high-powered gatherings. 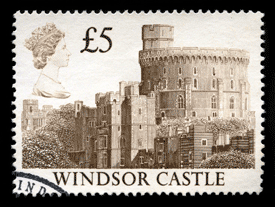 These are the folks who will decide what the energy market looks like over the next 12 months.

And what I learn here will give us a rare (and profitable) peek into where the energy market goes from here...

Given London's leading position as the international location of choice for raising capital in the energy markets, what I learn here will be invaluable. More energy-related deals are funded in London than anywhere else in the world.

In fact, as significant new market developments collide, the importance of "The City" (London's financial district) in funding major energy projects will be tested in 2015.

As it turns out, the topics I'm going to address involve several of these same issues.

Addressing a $5 Trillion Global Problem in the Energy Market

I have been invited to brief the assembled notables on three vital aspects of the current energy market: infrastructure, consolidation, and debt. Each is fundamental to the capital structure that's essential to a world that's increasingly hungry for energy.

Today's issue will cover the first two items, while our next discussion will address the 800 lb. gorilla in the room - the worsening energy debt picture.

First, the infrastructure crisis is intensifying. Across the globe, the absolute majority of the physical assets needed in the upstream-midstream-downstream process must be replaced. In addition, billions of people remain without access to electricity, heat, or transport fuel.

The combination of replacing what exists along with what is needed will cost anywhere from $2 to $5 trillion between now and 2035. The lower figure is what's needed to keep pace with expected demand in places that already have access to energy. The higher figure includes adding a minimum connection to those currently without.

So where will all of these trillions be coming from?