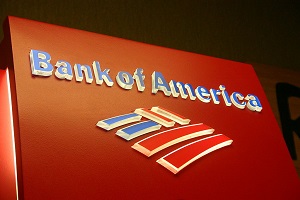 Results of the U.S. Federal Reserve's so-called stress test were released Wednesday - and Bank of America Corp. (NYSE: BAC) passed only provisionally. As such, a long-awaited boost to the BAC dividend remains on hold.

In total, 28 U.S.-based banks passed the Fed's annual regulatory test aimed at assessing whether they can survive a financial and economic catastrophe.

The Fed said Bank of America, the nation's second-largest bank by assets after JPMorgan Chase & Co (NYSE: JPM), showed some weakness in its internal controls.

Those weaknesses were limited enough that the Fed avoided flunking BofA. Still, BofA could fail later this year if it doesn't fix "deficiencies" the Fed identified.

Here's a look at BofA's past stress test misses - plus 10 notable dividend hikes and share buybacks announced by banks that fared better Wednesday...

In 2011, the Fed denied BofA's request to modestly increase its dividend.

A few weeks later, however, BofA discovered errors that led it to overstate its capital by $4 billion. The blunder prompted the Fed to tell BofA to suspend its share buybacks and put a stop to a planned BAC dividend increase.

This time around, BofA shares slipped just 0.53% to $16.02 midday Thursday. That's because BofA was approved to deliver some good news for investors...