Pre-market quotes for Monday, March 16, forecasted an 80-point gain from Friday's Dow close. The DJIA Index shed 145 points on Friday thanks to falling crude oil prices and investor jitters about possible interest rate increases in the near future.

Today, the markets will respond to a light macro data release schedule that focuses just on February industrial production data and the Federal Reserve's report on Treasury International Capital (TIC). A light schedule is compounded by investors' anxiety over the start of this week's FOMC meeting. The Federal Open Market Committee gathers on Tuesday and Wednesday to discuss U.S. monetary policy. Although the central bank is unlikely to raise interest rates, the markets will await Fed Chair Janet Yellen's news conference for clues on when the bank might increase rates.

Investors with an eye on global markets will likely want to focus on the German Central Bank's "Buba Monthly Report," which could offer a bit of insight into officials' views of the current Greek debt standoff.

Here's what else pre-market quotes tell us about the stock market today - as well as your "Money Morning Tip of the Day" to make it a profitable Monday: 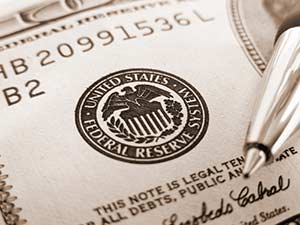 Money Morning Tip of the Day: Don't let Dow Jones changes dictate your stock decisions. Getting dumped from the Dow is not always as bad as it sounds.

Most of the mainstream financial media is frothing over what Apple Inc. (Nasdaq: AAPL) will do for the Dow Jones Industrial Average. It will replace AT&T Inc. (NYSE: T) on the index March 18.

But a look at how Dow stocks do after changes to the index shows us that AT&T is headed for a rise.

You see, when you compare the performance of previous Dow Jones rejects with the stocks that replaced them, on average the rejects come out ahead.

They found that Dow Jones rejects collectively gained 175% in the five years after they were removed from the index, while new members gained just 65%.

At work here is a basic statistical phenomenon called regression to the mean. A series of unusually high or low measurements will over time move closer to the average.

The weight of the evidence means Dow rejects don't have to be dumped for your portfolio - subject to due diligence, of course.

To read more about what happens to stocks when they are added to or removed from the Dow, go here: Don't Dump Dow Jones Industrial Average Stocks Just Because the Index Did