The three upcoming IPOs this week on the March IPO calendar include two more healthcare companies.

Along with commercial bank National Commerce Corp. (Nasdaq: NCOM), the trio is expected to raise a combined $161 million.

That total will fall short of last week's single IPO, according to Renaissance Capital, a manager of IPO-focused ETFs. Summit Materials (NYSE: SUM) raised $400 million in its debut last Wednesday. 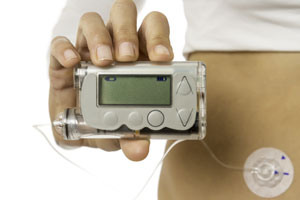 Valeritas Inc. (Nasdaq: VLRX) is a developer of a disposable device that delivers insulin therapy for Type 2 diabetes patients. The device, called the V-Go, simplifies insulin therapy by eliminating electronics, batteries, and programming. The Bridgewater, N.J.-based company was founded in 2006 and reported $13 million in sales last year. Valeritas plans to raise $75 million by offering 5 million shares at a price range of $14 to $16. At the midpoint of that range, it has a market valuation of $241 million. VLRX will debut Friday, March 20.

Make More Money This Year, No Matter What the Market Does… You can make 2015 your wealthiest year in a few simple moves. You just need the three common investing habits to dump immediately, the single most effective strategy for your portfolio, and five stocks to get you started to a wealthier you. Get all of that right now in this exclusive guide…

SteadyMed Therapeutics Inc. (Nasdaq: STDY) is a company working on a new way of delivering medication for pulmonary arterial hypertension (PAH). According to the American Thoracic Society, about 15,000 deaths per year are attributed to PAH. SteadyMed has developed PatchPumps, which deliver liquid drugs in a wide range of volumes in a consistent and controllable manner. The company is set for a $55 million deal by selling 4.3 million shares at a $12 to $14 price range. At $13 a share, it would command a $179 million valuation. STDY will hit the market on Friday, March 20.

SteadyMed hopes to have a better reception than the last IPO to develop a PAH treatment. On its Feb. 13 debut, Bellerophon Therapeutics (Nasdaq: BLPH) priced below its $14 to $16 range at $12 a share. BLPH fell 25% that day, marking the worst first-day performance for a biotech in 13 years.

National Commerce Corp. (Nasdaq: NCOM) is a commercial bank with 15 offices throughout Alabama and Florida and $1.1 billion in assets. The Birmingham, Ala.-based company will be the third regional bank IPO this year after County Bancorp Inc. (Nasdaq: ICBK) and Avenue Financial Holdings Inc. (Nasdaq: AVNU). National Commerce was founded in 2004 and booked $34 million in sales in 2014. It hopes to raise $31 million by offering 1.6 million shares at a price range of $18.50 to $20.50. At $19.50, NCOM is valued at $178 million. The stock will begin trading on Thursday, March 19.

There were more IPOs in 2014 than any year since 2000… Technology dominated the market with major offerings like Alibaba and GoPro. And the momentum has continued into 2015 as huge startups like Uber and Snapchat stir market buzz. Here are 15 IPOs guaranteed to make 2015 a legendary year for the tech sector…

KEITH,
MY OBJECTIVE, AT THIS MOMENT, IS TO ACQUIRE THE ENJOYMENT YOU HAVE IN