Good Morning! Stock futures today (Tuesday) forecasted a 42-point gain for the DJIA from yesterday's close. On Monday, all major benchmarks erased earlier gains in the last 15 minutes of trading to close in the red. The Dow Jones fell 11 points on news that investors weighed fluctuations in the U.S. dollar and its effect on global commodity prices. 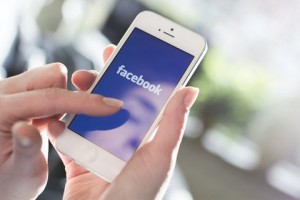 What to Watch Today: Investors will react to a busy economic calendar. This morning, St. Louis Federal Reserve President James Bullard called for a raise in interest rates during a speech in London. Consumer price and new homes data are on tap this morning, which will affect both consumer discretionary and housing stocks during today's session.

Investors with an international focus are trying to digest the HSBC manufacturing purchasing managers' index levels for China. The nation's factory activity hit an 11-month low in March, as its economy continues to struggle. The index slipped in March, while both employment and new orders fell.

In addition, March Markit PMI data will be released for the largest European economies. The news comes as the European Central Bank is in its first month of a 1 trillion euro stimulus program to boost the struggling economic bloc.

Here's what else you should know about the stock futures today - including your "Money Morning Tip of the Day" - to make it a profitable Tuesday:

Money Morning Tip of the Day: You can profit whether the Fed raises rates in June, October, or next year by owning stocks that are capable of withstanding rate shock.

As expected, the U.S. Federal Reserve didn't raise interest rates at its Federal Open Market Committee meeting that wrapped up last Wednesday. Fed Chairwoman Janet Yellen said the central bank will not hike rates until it sees more improvement in the employment situation and higher inflation in the months ahead.

But the central bank did remove the word "patient" in describing its stance on how it will approach interest rates in the coming months.

Now, investors are scrambling to determine the Fed's timeline and position accordingly.

As Money Morning Chief Investment Strategist Keith Fitz-Gerald recently explained, the best way to prepare for a Fed rate hike - whenever it may happen - is to invest in companies that supply services and products that are indispensable to humanity. Such companies are recession-resistant, even immune.

Here are two to get you started...

Becton, Dickinson and Co. (NYSE: BDX) develops, manufactures, and sells medical supplies and devices, diagnostic products, and lab equipment. It taps into Demographics, one of Fitz-Gerald's six Unstoppable Trends, as the aging global population will create a huge demand for BDX's healthcare services. It offers a dividend yield of 1.70%.

American Water Works Company Inc. (NYSE: AWK) provides water and wastewater services to residential, commercial, and public consumers in the United States and Canada. Everyone relies on running water, so AWK is a perfect "must have." Demand for its services will increase as the world's population grows. Its dividend yield is 2.40%.

Keith Fitz-Gerald shared a third "Fed rate hike-proof" stock to buy. You can get it here: Rising Rates Are a "Wild Card." Here's How to Play It...