It's not often a so-called financial writer so blatantly misreads a key tenet of the technology business.

But that's just what I saw in a piece I came across a couple of weeks ago.

Offering his take on Tesla's announcement that its new Model S sedans would feature some "self-driving" technology, the columnist bemoaned the vehicle's high price. He worried that "America's wealth gap will spread to the highways," leaving regular folks behind.

However, this is how consumer technology always works – in the short term.

The wealthy are early adopters – they act as guinea pigs, essentially – giving tech companies the capital and time to perfect their technology and make it affordable. 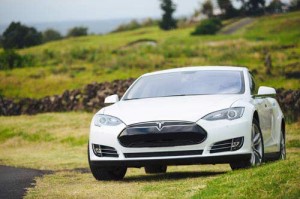 Tesla Motors Inc's (Nasdaq: TSLA) Model S, scheduled for release this summer, will feature self-driving "starter kit" technology. It's just the beginning of a $15 billion unstoppable trend that early investors can get in on now.

So, instead of bashing the rich, today I'm taking a different route.

I'm going to show you what I think is the best way to profit from the $15 billion self-driving tech sector.

That piece of the greater automotive tech industry is on track to more than double by the end of this decade – and I think this stock could double a lot sooner than that.

But first, I'm going to show you why right now – before this "rich folks' market" hits the mainstream – is the best time to invest…

I've spent some time as an ink-stained journalist – and won a few awards while doing so – and so I'm quite familiar with the saying "never let the facts get in the way of a good story." And, apparently, so is that Yahoo! Finance writer.

The author of the story, Rick Newman, calls self-driving technology "the next big plaything for the rich" – and then adds that "an automotive revolution may be at hand, but a people's revolution it is not."

From where I stand, Newman is dead wrong about the likelihood of autonomous vehicles eventually reaching everyday consumers. However, he is right about self-driving technology being mostly for the well-off right now.

And that's a good thing.

In my world, the world of Silicon Valley, we need early adopters. They are willing to pay top dollar to get the latest tech advances before they go mainstream.

These early adopters pave the way for mass markets by establishing the economies of scale needed to drive down prices so average consumers can afford to buy.

Just look in your living room. In August 1998, The New York Times decried what it called "sticker shock" for high-definition televisions, noting the "least expensive ones will cost $8,000."

Today, thanks to early adopters, you can find HDTVs that are 50% larger, twice as sharp, use one-quarter the electricity, are 70% thinner and cost up to 90% less.

Similar stories can be told about home computers, cell phones, digital cameras – even the car itself.

The same thing is happening in the self-driving technology today…

Please provide more information on what companies to invest in early and profit from this new trend in technology. I also believe this technology has been long in coming into reality due to dominating forces that control business trends.
CG