From the first moment it came to my attention, I've been as consistent as I have been emphatic – EKSO Bionics Holdings Inc. (OTCBB: EKSO) is a "buy" despite volatility and price drift in recent months that have given many investors pause. There are two reasons why:

1. It's entirely normal for a company Ekso's size.

2. The company has continued to expand market share that will ultimately translate into higher earnings and share price.
Now there's a third.

If you don't get into the stock now, you could lose the "first mover" advantage that you've had so far. Worse, you could miss out on another double – Ekso's second since I recommended it.

You see, EKSO's just hit a landmark that tells me the incredible growth potential we've had to ourselves won't be a secret for much longer. 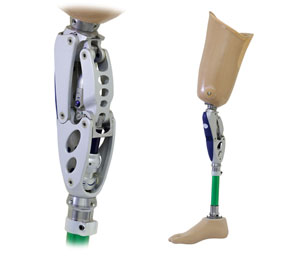 Once you've learned how to do it correctly (like we're doing together), evaluating a company for investment potential isn't rocket science. There are usually any number of things that point to a bright future including savvy management, a clear vision, an awesome product, conservative positioning, and consistency.

Really taking things to the next level, though, requires something else – fabulous earnings. That's because they're the ultimate litmus test when it comes to potential.

For most small companies, this is usually a one-and-done phenomenon, meaning that they have great numbers for a quarter or two and only in one segment of the business. They try to be all things to all people, so they wind up overextending and, more often than not, falling apart, taking their investors to the poor house.

The real winners, though, usually have great specificity and a narrow product/market concentration. So you see those gains translate into a broad base at every level of operations. This is where EKSO stands out…