After four challenging years in the uranium space, there are finally signs suggesting this part of the commodities market is due for a recovery...

Uranium has been one of the worst performing commodities markets for years. Since 2011's pivotal Fukushima reactor leak, the price of uranium fell by more than half.

At best, uranium explorers and producers have gone sideways. At worst, some have gone under.

But we're at a pivotal point in this sector right now. Demand is about to jump, uranium supply outlook is getting tighter, and Japan's nuclear needs are coming back.

In fact, within the next two years, this commodities market is forecast to face a deficit scenario that will drive prices higher once again...

In the wake of the Japanese tsunami that destroyed its Fukushima reactor, 54 of the country's reactors were shut down. That resulted in as much as 10% of world uranium demand disappearing.

But Japan has been gradually returning to nuclear power.

It's now four years later, and approval's been given to restart four reactors, with another nine awaiting the green light.

Since those events, there are now an additional 11 reactors under construction globally (totaling 69) and an additional 31 on order or in planning stages (totaling 183). 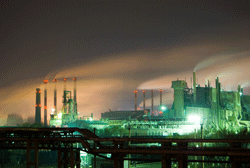 As you can see from those numbers, nuclear as a form of electricity generation has continued to grow, albeit at a slower pace than it was before. And it will keep growing.

Globally there are hundreds of new reactors either under construction or in planning stages. The United States is the largest consumer of uranium in the world, requiring more than 50 million pounds annually, yet producing only 4.7 million pounds domestically.

All of this is developing against a backdrop of shrinking supply that will simply be unable to match demand any time soon...

Commodities Market Pricing: As Simple as Supply and Demand

Across the globe there's been significant damage to the supply side of the equation.

Falling uranium prices have caused numerous, especially higher cost producers, to scale back.  Some mines have shut down entirely, while others have seen output reduced. Certain projects have been placed on care and maintenance, or worse, canceled entirely.

Recent developments in Australia and Canada are likely to further limit future uranium output from those countries as well.

That now means no new projects can be developed for the foreseeable future in that state, although exploration can continue.

It's not difficult to imagine that few resource companies will find much reason to spend valuable dollars or time looking for uranium with so much uncertainty hanging over the sector.

And Australia's not alone...

Thanks Peter for update on Uranium. An ETF is certainty a great choice to own this invaluable and priceless natural resource. I'm definitely long on this one, and also like Kents' recent recommendation on uranium. The "geopolitical volatility " around the world make this metal a must have. Thanks

I am holding UEC and FCUUF based on the Energy Investor recommendations. Are these still good ways to play the uranium rebound? Thanks