For April 6, 2015, here are your DJIA futures, top market news, pre-market movers, and stocks to watch in the stock market today... 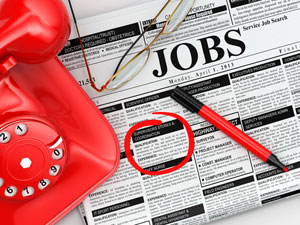 DJIA futures for Monday, April 6, were on the decline by 128 points this morning after Thursday's close.

The DJIA added 65 points on Thursday, fueled by increased optimism over the U.S. employment situation. On Friday, the markets were closed for Good Friday. However, the U.S. reported weaker-than-expected payroll growth. The nation created its smallest amount of jobs in 15 months. That has raised broader questions of whether the U.S. is experiencing a broader downturn or if the nation just hit a speedbump in March. Only 126,000 jobs were added to payrolls in March, a steep miss from the 247,000 expected by analysts.

Money Morning Tip of the Day: Every investor should have at least some exposure to emerging markets to benefit from the big returns they can offer. Emerging markets provide investors with some of the world's best growth opportunities. But they can be a tough sell for the risk averse.

The MSCI Emerging Markets Index can skyrocket one year, only to be devastated the next.

"At least limited exposure to emerging markets makes sense because they can offer explosive returns," Money Morning Resource Specialist Peter Krauth said. "That can apply to everyone, so long as the allocation is kept smaller for the more risk averse."

A better strategy is to go with individual investments that have the best growth potential instead of an ETF with broad exposure.

No. 1. Market Vectors Russia ETF (NYSE Arca: RSX): Many investors won't touch Russia right now. But its moments like these that actually make Russia a great place to put your money for stunning returns. RSX invests in countries incorporated in Russia that make 50% of their sales domestically. It has close to $2 billion in assets with a lot of exposure to the Russian energy markets.

No. 2. Market Vectors India Small Cap Index ETF (NYSE Arca: SCIF): India has a lot of potential. And while SCIF is subject to intense volatility, it can come with big rewards. In 2014, it was up 64%. And the pro-business initiatives pursued by Prime Minister Narendra Modi will help this small-cap ETF grow even more. SCIF holds $266.6 million in assets, with a concentration on tech firms and the financial sector, including microfinance.

To get a third emerging markets pick, go here: How to Profit from the Best MSCI Emerging Markets Index Countries