Do you know how vulnerable you are to a cyberattack? Turns out many cyberattacks have already happened in 2015, but not much of a deal was made about them.

One of the biggest cyberattacks in recent history was the State Department breach – what officials called the “worst ever cyberattack against a federal agency.” It was revealed on April 7 that Russian hackers were behind the State Dept.’s email systems breach that originally started in November 2014.

At the time, the State Dept. shut down its email system and assured employees that the “activity of concern” by cyber-attackers only affected unclassified emails. Counter-hackers still have not managed to eradicate the invasion 100%.

This incident is particularly alarming because, according to government officials who spoke at the press conference, sensitive information is sometimes exchanged in non-classified emails.

That’s a threat to national security. And that’s a huge problem. 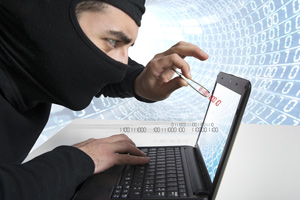 For a cyberattack of this magnitude to make national news is no big surprise. And the State Dept.’s hack is speculatively linked to the Hillary Clinton scandal. It raises the question: Could foreign spies have used the information they found on Clinton’s private server as a launching pad to attack other government sites?

According to The Washington Times, Hewlett-Packard CEO Carly Fiorina is not surprised Hilary was hacked. She then chastised the weak security measures implemented by the former secretary of state: “They’re worried about it getting hacked,” said Fiorina. “And when we have Sony, JPMorgan Chase, Home Depot, Target, all of these companies being systemically hacked, they certainly can get into Mrs. Clinton’s private email server.”

Fiorina brings up a disconcerting issue here: hackers are powerful and the public is vulnerable. If it’s so easy to break into the government’s servers, then it must be even easier for hackers to invade ours. But hacks that affect consumers aren’t always granted a press conference to make them known.

And while some of these hacks breaches do make the news, most of them don’t. We did some research and found several major companies that suffered cybersecurity breaches in 2015 alone.

Here Are 15 of the Biggest Cyberattacks Launched on U.S. Sites This Year

PASSWORD 123456789: Cybersecurity firms are representative of a budding and necessary new industry. They create the firewalls, network safeguards, malware protection, and web security software that’s necessary for the online safety of us all. These companies are also winning the market. Here are the best types of cybersecurity companies to invest in now…