Many investors are looking at the steep skid Alibaba Group Holding Ltd. (NYSE: BABA) has taken since its IPO as a major cause for concern.

But for us, this is only an opportunity.

Because Alibaba stock represents an opportunity to create the kind of wealth that you'll be able to pass along to future generations.

That makes the Chinese e-commerce giant what I call a "Piggybank Investment." Essentially, whenever you fill up your piggybank (or a jar you store on the closet shelf) you scoop up the change and put it into Alibaba.

It takes just a few pennies at a time...

To fully explain "Piggybank Investments," it would help to take a closer look at Alibaba's closest American counterpart. 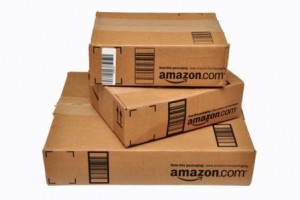 So let's go back 17 years, to the day, and see where shares of Amazon.com Inc. (Nasdaq: AMZN) were trading.

For purposes of comparison, Amazon is a terrific "peer" company for Alibaba.

And you can see the profit potential when a well-chosen and well-timed investment such as Amazon - or Alibaba - is held for the long run.

Amazon and Alibaba are examples of firms so revolutionary that they change the way business in their sector is conducted.

They even change consumer behavior.

True transformational companies are a rarity - which is why the payoff is so huge.

Amazon - along with eBay Inc. (Nasdaq: EBAY) and other retailers jumping online along with them - changed the way America shops. First off, they practically invented e-commerce - and changed the landscape of our malls and strip centers.

And now Amazon has become much more than a retailer. Instead of competing against Borders, Caldor and Pets.com, it's going up against Apple Inc. (Nasdaq: AAPL) and Google Inc. (Nasdaq: GOOG, GOOGL). It's doing so by buying up every part of the value chain - and then creating a tech "ecosystem" that you never have to leave.

By emerging when it did, Amazon displayed impeccable timing.

Amazon achieved its own "critical mass" just as the Internet did in the United States.

Here's how Alibaba has the same opportunity...

Thank you for your insight and direction for the small investor!