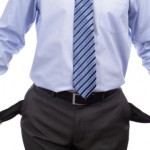 Detroit's high-profile municipal bankruptcy is well-documented. And although the city once representative of America's manufacturing prowess technically proclaimed itself out of bankruptcy in December, 2014, it is hardly out of an extended period of fiscal crisis.

Stockton, California, a city of roughly 300,000 75 miles to the east of San Francisco, filed for bankruptcy last summer. Earlier this month it had its path cleared to proceed with its Chapter 9 bankruptcy filing by a U.S. Bankruptcy court.

As concerning as the bankruptcies are when viewed individually, they are more troubling as indicative of a larger weakness that spelled doom for many fixed income issuances during the financial crisis: bond ratings that may not be indicative of the true risk associated with them.

Municipal bonds are typically positioned as tax-advantaged instruments at the lower end of the credit risk spectrum. Their low coupon rates are reflective of this and many investors rely on subsequent after-tax benefits to provide a higher effective rate with nominal risk. Despite this perception there have been 33 municipal bankruptcy filings across the U.S. in less than three years.

New York Fed President William Dudley echoed the sentiment that two high-profile bankruptcy filings are both individually troubling and, more disconcerting, representative of a broader systemic risk, "While these particular bankruptcy filings [Detroit and Stockton] have captured a considerable amount of attention, and rightly so, they may foreshadow more widespread problems than what might be applied by current bond ratings."

Typically absent from conversation about bond ratings is the critical component that the agencies compete with one another for the right to rate bonds. Therefore, those that are both the most affordable to the issuer and offer the most investment grade 'levels,' that is the broadest portion of the bond that is considered investment-grade quality, are often utilized. This creates, in effect, a "race to the bottom" when rating agencies procure business.

Until that competitive approach is fundamentally altered, the forewarnings by Jim Rickards and others cognizant of this structure, will grow increasingly predictive. Unfortunately, we may have already eclipsed the "tipping point."