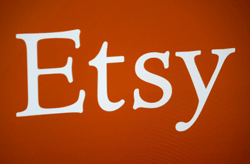 Etsy originally filed with the SEC to raise up to $100 million in its IPO. On March 31, the company changed its deal and will now raise $250 million by selling 16.7 million shares at the $14 to $16 price range.

The Etsy IPO is valued at $1.8 billion - which is yielding skepticism because of the company's lack of profits.

Here's a closer look at each.

Etsy Company Culture: Founded in a Brooklyn loft in 2005, the company started as a way for its founders to sell handmade wooden crafts. Now, users buy and sell everything from art and photography to food and bath products. It has grown steadily over its decade-long history, with 54 million members, 1.4 million active sellers, and 19.8 million active buyers around the world.

Etsy's culture is ingrained in its B Corporation certification. B Lab, the nonprofit that distributes the certifications, awards them to companies that meet certain social, environmental, transparency, and accountability standards. As part of its certification, Etsy offers employees bikes for their work commute and composts food wastes.

These wholesome values are central to Etsy's pitch as the company pursues investors on its IPO roadshow. Etsy's management considers the well-being of the shareholders and community paramount to its success.

The company asks investors to embrace its mission to "do good" and do well - a mantra Wall Street isn't accustomed to.

"It's like a beautiful test in a way to see if it's possible to have a mission beyond money," said Rett Wallace, CEO of Triton Research, to Bloomberg. "You see these situations all the time where even management is doing their best to take every penny off the table - regardless of what it does to the widows and orphans - you often see fund managers saying, 'You're not doing enough to make money.'"

Etsy IPO Price Range and Revenue: Etsy's sales and revenue numbers have been strong over the last few years.