Etsy Inc. (Nasdaq: ETSY) stock hits the market today, April 16. The peer-to-peer e-commerce company is one of the most talked about IPOs of 2015 so far.

Here's a closer look at the Etsy IPO and ETSY stock…

Is Etsy Stock One to Avoid?

The biggest risk with buying Etsy stock is the company's lack of profitability.

Etsy Stock Information at a Glance

In fact, Etsy blatantly admitted in its IPO filing that it may never make money in the future.

"We have a history of operating losses and may not achieve or maintain profitability in the future," Etsy wrote in its IPO filing.

It is bringing in money. Etsy's revenue has increased from $74.6 million in 2012 to $195.6 million in 2014. That's a jump of 162% in two years. The company has seen an annual revenue growth rate of 72% over the last nine years. Most of it comes from advertising and fees users pay to buy and sell items.

"We expect that our operating expenses will increase substantially as we hire additional employees, increase our marketing efforts, expand our operations, and continue to invest in the development of our platform," the filing states. "These efforts may be more costly than we expect and our revenue may not increase sufficiently to offset these additional expenses."

Etsy has openly admitted that the company isn’t profitable. While some believe its strong sales growth make Etsy stock a buy, others believe its commitment to have an impact on society and environment make in financially unstable.

So how does Etsy make money at all?

How Does Etsy Make Money? Advertising and Transaction Fees

The strongest aspect of Etsy Inc.'s (Nasdaq: ETSY) financial performance is its revenue growth. Over the last nine years, the company has seen an annual revenue growth rate of 72%. The "Etsy Weather Report" shows us where exactly that money came from...

The Etsy IPO price of $16 a share is cheaper than the price of many other recent tech IPOs. 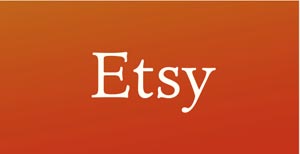 The reason behind Etsy's low price range is simple – the company isn't profitable. In fact, the company admitted in its IPO filing that it may never be.

Learn more about what influenced the Etsy IPO price range.

The Bottom Line: The low Etsy IPO price range is a direct result of the company's struggle to balance its dedication to the community and to its business. As the company's future profitability remains skeptical, the Etsy stock doesn't have a strong foundation moving forward.

Who is Investing in Etsy Stock?

Investing in Etsy stock is not for everyone – mainly because of the huge consideration that the company is not profitable.

Check out what the New York-based company wrote in its IPO filing: "We have a history of operating losses and may not achieve or maintain profitability in the future."

But despite this warning, there are people investing in Etsy stock. Some believe its strong sales growth make Etsy stock a buy.

You see, Etsy's culture is ingrained in its B Corporation certification. B Lab, the nonprofit that distributes the certifications, awards them to companies that meet certain social, environmental, transparency, and accountability standards. As part of its certification, Etsy offers employees bikes for their work commute and composts food waste.

These wholesome values are central to Etsy's pitch as the company pursued investors on its IPO roadshow. Anyone investing in Etsy stock is likely to enjoy this company philosophy. And Etsy's management considers the well-being of the shareholders and community paramount to its success.

The company asks investors to embrace its mission to "do good" and do well – a mantra Wall Street isn't accustomed to.

"It's like a beautiful test in a way to see if it's possible to have a mission beyond money," said Rett Wallace, CEO of Triton Research, to Bloomberg. "You see these situations all the time where even management is doing their best to take every penny off the table – regardless of what it does to the widows and orphans – you often see fund managers saying, 'You're not doing enough to make money.'"

Investing in Etsy Stock: Vendors Get Piece of IPO

Some Etsy vendors are investing in Etsy stock. Etsy has done something that fits its culture – and is a very anti-Wall Street set up for an IPO…