Lately, I've been talking a lot about peer-to-peer lending - or P2P lending, as it is known.

GSBD, which yields more than 8%, popped at the open of trading Monday. At its high price Monday morning, you were up almost 10% from where I recommended it only six trading days ago (an annualized gain of nearly 2,600%). And just two days after we told you about it, the widely read Investor's Business Daily highlighted the Goldman business-development entity as one of two recent initial-public-offering (IPO) stocks "notable for their eye-catching earnings and sales growth in recent quarters." 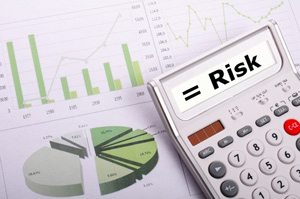 Triple-digit sales and profit gains is part of what caught my eye.

As for Apollo - it's roughly flat from where I recommended it. But the stock has a juicy yield approaching 11%, which means you're ahead of the game even before it delivers the gains I'm predicting.

The bottom line: Stick with these two investments. They'll rise nicely in due course. In the meantime, you're getting a better risk-adjusted yield than you'll find in most other places.

That brings me to the market intelligence I want to share with you today.

Most of our talks here focus on opportunities - places and ways to make money.

But successful investing also involves managing risk - minimizing the losses you incur... or avoiding them altogether.

Thanks to Disruptors like Goldman and Apollo, the new lending market is one of the sexiest profit opportunities in the finance arena.

But what you don't know can hurt you.

So today I'm going to show you how to avoid losing money in the shifting lending market...

Investors are heading into the new lending arena for a lot of reasons.

They're heading there to pick up yield.

They're increasingly "investing" on (that's "on," not "in") P2P lending sites like the one operated by LendingClub Corp. (NYSE: LC), a publicly traded firm, and Prosper, a privately owned Disruptor site.

On both the LendingClub and Prosper sites, investors fund borrowers looking for loans. You can see on the sites what borrowers want money for. They are all personal loans, mostly for such things as consolidating high-interest rate credit card debt.

The interest rates that the "lenders" (investors) earn are based on each borrower's creditworthiness, as measured by new Disruptor credit calculation metrics and algorithms meant to be predictive of a borrower's likelihood to repay their debts, as well as on the term (length) of the loan. Terms vary, but most are three-year (36-month) and five-year (60-month) loans.

If you're considering funding a stranger's loan request - because the interest rate being dangled is attractive to you - here's what you need to know...