Today I want to tell you all about a highly lucrative tech sector trend that's flying under Wall Street's radar.

In the last 18 months, four software firms have been delisted in leveraged-buyout deals worth a combined $18.3 billion. On April 7, software publisher Informatica Corp. (Nasdaq: INFA) agreed to be taken private in a deal valued at $5.3 billion - the biggest leveraged buyout in 2015 so far.

With money like that flying around, you'd think this would get more attention. But Wall Street's ignorance is fine with us. 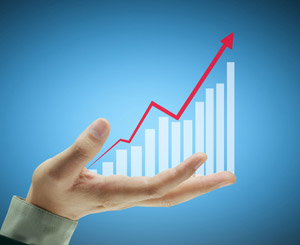 We often find that the best way to make money is to jump on a trend before other investors wake up.

Now, I understand the temptation to start trying to guess the next software buyout candidate. When a company becomes a buyout target, its share price soars.

Before you start such guesswork, though, you should know that's a dangerous game. Unless you have "inside information," you might as well be flipping a coin in most cases.

However, I've found one simple way to hitch a ride on this trend with very little risk - and a very big upside.

Software companies are so profitable because they don't have to spend heavily on "plant and equipment" the way hardware companies like chip makers do.

And with the movement to cloud computing, in which software developers deliver applications via the Web, they don't spend much time burning CDs and shipping them out anymore either.

According to data from IBISWorld, five of the most profitable "micro-sectors" are in software: urban planning software (with profit margins of 37%), business analytics and enterprise software (37%), human resources and payroll software (40%), and online survey software (55%).

Big and growing revenue numbers are important, but profits are where companies - and their investors - live or die. So, software is a good place to be.

To get an even better sense of the software industry's high profit margins, let's take a look at the operating margins of two big players in the space.

Like I said, we're not going to be guessing which software firm is next in line to get snapped up.

But with fewer software stocks available, investors will be bidding up the value of shares as a group.

And there is a way we can take advantage of that...

In your opinion which ETF do you fell is better to own.
XSW or XLK ?