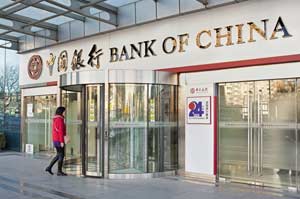 The DJIA Index rose 208 points Monday. The rally was fueled by better-than-expected earnings reports and news that China slashed commercial bank reserve requirements by 1%. In its second industry-wide cut in two months to this metric, the nation has freed up roughly $200 billion for lending in an effort to stave off slowing economic growth.

What Investors Must Know This Week: