As much as I love to research tech investments and share my finds with you, I also get a charge out of trying out all the new gadgets that come out every year.

After doing some heavy research, I know this newest iDevice is destined to be much more than just another gadget.

However, it's not the watch itself that demonstrates why Apple Inc. (Nasdaq: AAPL) may be the best tech company - and investment - on Earth. It's the way I was able to make that purchase that proves to me the Silicon Valley legend's long record of success is far from over.

I was headed to an appearance on CNBC. And while my driver may have been battling heavy traffic on the San Francisco-Oakland Bay Bridge, I was able to peacefully use my iPad to buy the watch through the online Apple Store - with absolutely no hiccups or other snafus. 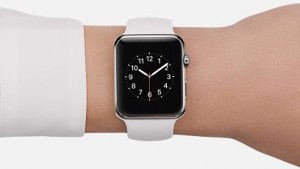 The Apple Watch will be one of the catalysts that drives Apple Inc. to a $1 trillion market cap. Today, I predict how long it will take to get there - and how much that will boost Apple's share price.

So you know that I hopped online and bought an Apple Watch the minute they were available for preorder.

To me, this confirms what I've long been saying: Apple no longer sells products - the company sells an entire tech ecosystem. It sells itself.

After coming to this realization, I updated my prediction on where Apple's stock is headed from here. It's not too late to buy in or add to your position.

Today, I want to share that prediction with you - and show you how the Apple Watch will help us get there...

Opening this morning at $128.10, the stock only needs to gain 11.5% to reach my post-split prediction price of $142.85. But after seeing the company's smartwatch and mentally placing it into Apple's ecosystem, I now believe that the stock will go much higher than that.

Weeks before my latest appearance on CNBC, I had already decided to buy an Apple Watch and had picked out the unit that I can't wait to wear. It's the stainless-steel model with the magnetic Milanese loop band featuring a sophisticated mesh design.

So, when one of the CNBC anchors asked me if I had decided to buy the watch as part of my "market research," I had to laugh. Not only had I spent a good deal of time picking out my watch, but I already had been making plans on how I would use it in my work, my family life, and my "play" time.

This isn't "market research" - this is my life.