The iPhone 6 may be the lone outperformer in the Q2 AAPL earnings, but that's all Apple Inc. (Nasdaq: AAPL) needs to beat expectations.

The iPhone contributes about 55% of Apple's revenue, although that figure was a startling 68.61% in the Q1 AAPL earnings. As the iPhone goes, so goes AAPL earnings. 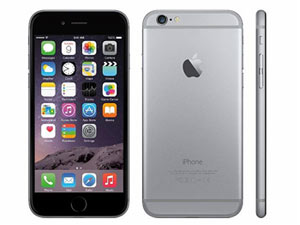 Introduced last fall, the iPhone 6 and iPhone 6 Plus have bigger screens (4.7 inches and 5.5 inches) than previous iPhone models. That has made the iPhone 6 insanely popular, especially in China.

Sales of the iPhone 6 models in China were a big part of Apple's record earnings in Q1. China was responsible for 20% of Apple's total revenue last time.

And as we saw last quarter, the anecdotal evidence points to very strong sales for the iPhone 6.

Several reports have indicated that high Chinese demand for the iPhone carried into the early months of 2015.

Research firm Kantar Worldpanel ComTech said that iPhone market share in China reached an all-time high of 27.6% at the end of February, deep in the middle of the quarter. The surge was enough to unseat Chinese upstart Xiaomi Inc. as that country's no. 1 smartphone vendor.

The iPhone likely also got a boost from the Chinese New Year holiday, which fell on Feb. 19-20.

"Apple has not yet reached its maximum level in China. January and February is the big shopping season leading up to Chinese New Year," Tom Kang, research director at Counterpoint Research, told CNBC in January. "I think the first quarter [of 2015] may be even bigger than the fourth quarter for Apple."

But the iPhone won't be the only topic discussed in the Q2 AAPL earnings.

Here's a complete breakdown of what to expect: