For April 30, 2015, here's how the stock market did today, earnings reports, the top stock market news, and stocks to watch based on today's market moves... 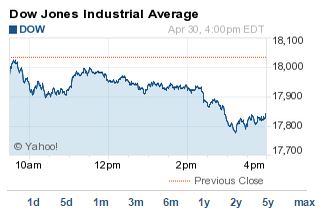 Biotech stocks were a major drag on the Nasdaq, with the Nasdaq Biotech Index (INDEX: NBI) falling 3%. Here's why biotech stocks are falling this week.