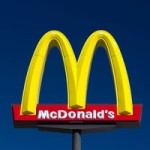 McDonald's boss Steve Easterbrook's  turnaround plan failed to convince many investors that the company has found a coherent direction. Shares of McDonald's (NYSE: MCD) stock fell more than half of a percent after he unveiled the plan on Monday.

But while the plan included plenty of buzzwords, investors still asked: where's the beef? Under the banner of making McDonald's a more "modern, progressive burger company", Easterbrook talked about "building brand excitement" and "digital hubs" meant to somehow put the customer's voice first.

But Easterbrook didn't address how anyone is supposed to get excited about these initiatives – or the company's prospects – with a belly full of mediocre fast food. Other than a couple of nods to improved "food quality and choice" there were few specifics about how the company's fare will be improved.

Competitors like Chipotle have laid out very clear sustainable sourcing and quality standards. Consumers see this as a much stronger link between the idea of healthy, quality food and the Chipotle brand, and investors have reacted positively to the initiatives.

This is the big flaw in Easterbrook's plan. A turnaround plan for a burger joint should include some mention of the burgers.

Money Morning Chief Investment Strategist, Keith Fitz-Gerald, made this point last week. "It's very significant to me that consumers are willing to pay 60%, even 70% more for burgers at Shake Shack or Five Guys," he said, "when at the end of the day they're splurging on what is still just a slab of meat between two buns."

For McDonald's to rebuild its market share and lure investors back, it will have to spend more time focused on making the best slab of meat in town.

The fry's taste like cardboard 5 minutes out of the deep fry, just to mention another problem.If you don't eat them while they are hot you might well be eating cardboard.

Not just cardboard, but over salted, cold cardboard. Not only poor eating, but good for raising one's blood pressure etc, etc

All McDonalds has to do is say that they will use real food. The problem is they are so entrenched in their network of cheap suppliers that they are hog tied. Their other problem is that even with the cheap suppliers, the cost of their value meals has gone up to the point that its no longer worth it to look the other way when feeding this chemical garbage to your kids. People only ate it because it was fast and cheap. Gene – what are you talking about? Their fries are teh one thing that keeps everyone coming back.… Read more »

Who is saying that McDonald's is cheap. Eating alone takes most of $10. I haven't fed a family there for years as it on my high cost, low quality list. Where's the beef? Love those cold over salted cardboard like fries too. Maybe they should serve alcohol and have the drive through line arrested while leaving. I think they have exhausted the fast & cheap advertising because it is neither.

Try making edible burgers. I tried their burgers and threw them away. No amount of advertising could make them edible.

The last time I ate beef at McDonald's I felt sick all afternoon as the burger sat in my stomach like a lump. I think my digestive system was telling me to stick with the chicken and/or fish sandwiches. The chicken with lettuce and tomatoes at least has some nutritional value so you can survive the fries.

I only eat non-GMO, Chipolte has it, even organic sometimes, McD's doesn't do I'm spending at Chipolte & NOT at McD's
It's just that simple
Non-GMO / Organic, you get my $, GMO / CAFL, you don't