For  May 7, 2015, here's how the stock market did today, earnings reports, the top stock market news, and stocks to watch based on today's market moves... 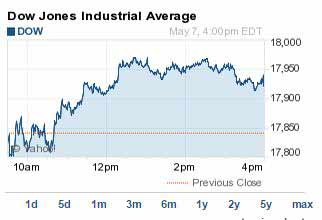 The DJIA Index jumped 82 points, fueled by a rally in tech stocks and a downturn in global interest rates.