For May 11, 2015, here are your stock futures, top market news, earnings reports, pre-market movers, and stocks to watch in the stock market today… 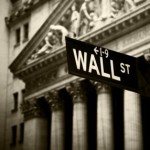 U.S. stock futures for Monday, May 11, forecasted a two-point increase from Friday's close.

On Friday, The DJIA Index surged more than 260 points as a strong April jobs report suggested the U.S. economy is gaining steam. The news could press the Federal Reserve to provide a clearer timeline for when it might raise interest rates.