When President Franklin D. Roosevelt issued an executive order in 1933 that outlawed the private ownership of gold coins, gold bullion, and gold certificates, the Federal Reserve suddenly had more gold on its hands than it knew what to do with. 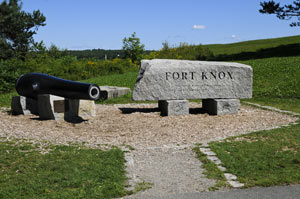 These days, the depository is the focus of much conspiratorial debate. Some people suspect that it may now be empty. After all, Fort Knox hasn't been officially inspected since Sept. 23, 1974.

And even then, the "inspectors" (members of the press, actually) were only taken to the anteroom in order to photograph a handful of gold bars.

Ever since, admission to the Fort's supposed gold deposits has been repeatedly denied.

So, is there gold at Fort Knox? Or is it all gone - lent, sent, and spent across the globe?

Here's what we do know about the gold "in" Fort Knox...

Searching for the Fort Knox Gold

Though the media and members of the government were permitted access in 1974 to take pictures, the last actual audit of Fort Knox occurred in 1953, right after President Eisenhower's inauguration. And even then only 5% of the gold was tested for authenticity.

According to CNBC, in 2011 a team of Congressmen, including Ron Paul, pressed for access to Fort Knox to inspect and confirm the validity of the gold reserves. The reason for their suspicion dates back to Nov. 12, 2009, when China claimed to have received a shipment of U.S. gold that turned out to be tungsten instead.

The Treasury's response to Ron Paul was an exhaustive and lengthy document outlining the entire gold authentication process: According to this report, it would take about 30 minutes to verify the gold content of each bar, or 350,000 man hours, which would require 400 people working for a total of six months.

Paul wasn't the only one requesting access to the U.S.' gold reserves. According to Spiegel Online, the German Bundesbank had been asking for access since 2002. Though they were denied, Der Spiegel claims that German parliament members started submitting proposals for the gold's use anyhow. Finally, in 2007, Bundesbank staff members were allowed to see the facility, but they reportedly only made it to the anteroom of the German reserves.

When, six years later, the German government asked for its gold back, according Nsnbc.me, the Fed simply said that it would take until 2020 to be able to accomplish that transfer.

Strangely enough, after all the hubbub and nagging, Germany was fine with this answer. Here's why...

Is There Gold at Fort Knox? Survey Says "Highly Unlikely"

There has been speculation for a long time that the Federal Reserve doesn't actually have much gold anymore - that it sold it off, lent it out, or used it as collateral for borrowings. And this latter suggestion is the most likely scenario.

According to Charles Hugh Smith of Investing.com, the gold at Fort Knox was probably rehypothecated. Rehypothecation occurs when the securities you pledge as collateral for a margin loan are re-pledged to a bank or other lending institution to secure a loan to cover the firm's exposure to potential margin account losses.

But why is Germany's gold even in Fort Knox? During World War II and the era of the gold standard, many foreign countries feared that their reserves might be taken by an enemy. In 1939, the United States was still a neutral party so many European countries sent us their gold bars across the Atlantic to be stored here. Germany was not yet one of these countries, but this is how the practice began. Once the Cold War started, Germany shipped its gold rations over as well.

After some time, the checks and balances of storing other countries' gold wasn't proving beneficial - not when the U.S. was paying interest on it while coughing up the cost for its protection.

"So," writes Charles Hugh Smith, "we started issuing paper on the gold as if it were ours. Here is where the trouble began. It was pretty small potatoes for a good while, until we went off the gold standard in 1971 during the Nixon Administration. What good is having a precious metal to back fiat currency, when a promise is just as good? Enter the danger zone."

According to OfTwoMinds.com, the Fed decided to start melting down bits of stored gold bars to sell off as bullion. It skimmed a bit here and a bit there. But then debts started to accrue and the Fed got intensely greedy. Not wanting to use their own gold as payback, they began to melt down and offer up a lot more of the gold from other countries instead. And if that weren't bad enough, the Fed also started to issue paper promises on this gold as well.

You'd think the German government would have been livid when the Fed announced they couldn't return their gold until 2020. But they weren't because they've been doing the same thing with their gold reserves. And their rehypothecated rations have been sold to multiple people simultaneously too, because, like us, they're under the impression that not everyone will want it at the same time.

In short, no one knows for certain how much gold is being stored at Fort Knox today. Aside from staff, nobody has actually been permitted inside the vaults to see or inventory any of the gold for years, so there is no hard evidence that it actually exists.

What do you think - is there any gold at Fort Knox?

Avoid this gold scam and make sure you own the real deal – this video has seven steps to test your physical gold today:

Personally, I dont believe there is any gold in Fort Knox or anywhere else. Otherwise why would Germany have been refused entry to view their stash. All the gold has more than likely been rehypothecated and sold off. Nor do I believe that the U.S. Has 6000 tons or they would have allowed an audit by now instead of fighting tooth and nail to stop anyone from viewing their gold. In my opinion TTF's should be outlawed as illegal. Like most people I invested in previous metals because it is supposed to be a supply and demand market. The powers that be have taken that away by allowing banks to generate as many contracts they want with no limit thus creating a false and manipulated market.

Global confidence in America, its people, its banking, monetary, and financial systems will all determine our receptive futures. Nobody really knows how much gold we own in our vaults today. We may never know. We must keep others assuming things will be alright. If that confidence fails someday, we fail. After 2008-2009 we are on borrowed time until someone or something "cleans our clock".

I believe there may be small amounts of gold in Ft Knox, however, there is not nearly enough to cover the amount of paper currency in circulation today. The government knows it can just print money and not back it with gold, and they do so. In 1965 all silver coins were stopped being made, and we went to the cupro/nickel metal which is worthless for its metal content. The only value that paper money has today is the faith the American people and the world put in it. In reality, it is only worth the paper it is printed on which is zero. That is the nature of our government and all world governments to not back currency with gold, which allows them to print money and inflate. It will all come crashing down some day, I believe in the near future. The next move that O'bama will make is this. "Due to a national emergency, I am issuing a presidential order to outlaw the private ownership of gold" At a point in time, when the paper currency becomes worthless, gold will reign. The problem with this scenario is this, only about 2% of the population will have gold, and 98% will be starving. The ones who never put any gold away, will come after the 2% who have gold with guns killing the 2% so they can feed their starving children. This is just my thoughts on the matter, and I truly home in never comes to fruition. I am sure there are much more wise people that myself that are economic genius' that have a better scenario than mine.

Nostradamus saw everything long before us.

There's no gold at Fort Knox – there hasn't been for quite some time. It's all a big Ponzi scheme. There isn't that much actual gold floating around. Not anywhere near as much as the gold funds people say there is. Not anywhere near enough to cover things if everyone wanted their gold tomorrow all at once.

I have not believed there is any gold in Fort Knox since I graduated high school back in the 80s.
It may only be 2% of the people (like the 1% of the wealthy)that have actual gold probably set up somewhere when times get really bad. The hope of America of course is that no other country wants to cash in. So I wonder what the staff at Fort knox actually does? hmmm

If we can not see Mr. Obama's personal records, What makes you think you can see the gold at Ft. Knox????
Based on the actions of just the Obama administration, not to mention the monetary policies of administrations over the last 50 years,
There is no gold @ Ft. Knox!!