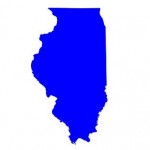 Detroit and Chicago couldn't seem to be more different. The former is a manufacturing wasteland, except for the resilience of the Big Three, and it suffers from massive demographic and economic problems. Chicago, by contrast, is the home of the world's largest futures and options exchanges and it is the Midwest's center for trade and entrepreneurship. But Chicago suffers below the surface from many of the endemic infrastructure problems that brought Detroit low. Its precariousness carries a cautionary tale for investors who think their muni portfolios will always provide bullet-proof returns.

Moody's Investors Service dropped Chicago's credit rating on $8.1 billion of general obligation bonds to Ba1 on Tuesday - the first time the city's debt has been labelled junk by a major rating firm. This move could force the city to accelerate debt repayment on $2.2 billion of securities.

The problem is, Chicago has a big deficit in its city pension retirement account. Moody's estimates Chicago has a $20 billion unfunded pension liability, and its options have narrowed since the Illinois Supreme Court struck down a pension reform law meant to bridge this gap.

The governor, Bruce Rauner, has said he will not bail out Chicago, although Illinois supposedly bars cities from entering bankruptcy protection.

This is a problem for investors who use munis as a high-quality anchor for a fixed income portfolio. Typically, munis pay out about the same on an after-tax basis as similarly rated taxable bonds. Nonetheless, the tax shield gives investors a slight bump. More importantly, many investors think that municipalities will go to great lengths to avoid defaulting on these bonds. Unfortunately, that may not always be in their control: There have been some 33 municipal defaults in the last three years.

Munis can be tricky to sell - they are often issued in odd lots, with non-standardized terms. They are also subject to predation by revenue-hungry legislatures.

But the biggest threat to muni investors is not state representatives pulling tax shields. It's the underlying fundamentals of the issuers which, as the Windy City shows, can be unwelcomely turbulent.