There are certainly some who believe so…

According to CNBC, Iranian President Hassan Rouhani told a cabinet meeting back on Dec. 10, 2014, that the oil price collapse was "politically motivated" and a "conspiracy against the interests of the region, the Muslim people, and the Muslim world." 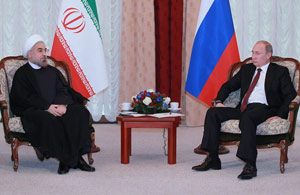 Rouhani also said he had issued orders to his government to take measures to offset the effect of falling oil prices. Interestingly, in the time since this statement, the U.S. and Iran managed to strike a nuclear deal, forfeiting the sanctions once opposed on the Middle-Eastern country. This deal would greatly help Iran's economy, which is in ruins because of the sanctions.

Echoing Rouhani's sentiment, Russian President Vladimir Putin said, "We all see the lowering of the oil price. There's lots of talk about what's causing it. Could it be the agreement between the U.S. and Saudi Arabia to punish Iran and affect the economies of Russia and Venezuela? It could."

But how could that be, since the U.S. and Iran struck a nuclear deal, especially at the risk of upsetting one of our biggest Middle-Eastern allies, Saudi Arabia?

If there's a conspiracy at work behind the plummeting oil prices, who's the target?

For an answer, check out these five oil conspiracy theories making rounds in 2015…

Saudi Arabia controls OPEC and Russia is their greatest rival. According to some oil conspiracy theorists, the oil glut is the result of Russia attempting to steal market share from the Saudis – especially in China, the sector's biggest growth area.

However, because Saudi Arabia can pump oil more cheaply than the Russians, what better way is there to punish the giant country for having the nerve to push prices down?

While this theory isn't entirely wrong, Russia alone isn't stealing the Saudis' market share. In fact, Russia is suffering the most because of the oil glut. The large nation depends on the oil and gas industry for the majority of its revenue and export earnings. Because of oil prices, the value of the ruble has plummeted, sending inflation surging above 10%.

Besides, lots of non-OPEC countries are trying to snag market shares for themselves. And to make matters a little worse, on May 13, 2015, the International Energy Agency stated "the global battle for market share between OPEC and non-OPEC producers that has rocked oil markets and fed into the biggest price slump since the financial crisis is just getting started."

Some oil conspiracy theorists believe there is a "secret deal" between the U.S. and Saudi Arabia to punish Russia. Why? Well, there are two distinct reasons for this: Syria and Ukraine. 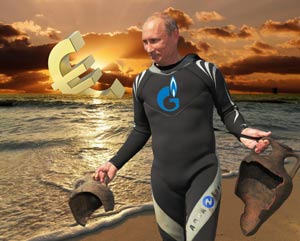 According to Oilprice.com, "[this] deliberate and well-planned collusion… would punish Russia and Iran for supporting the murderous Assad regime in Syria." Though the Saudis claim their oil policies are apolitical, that's simply not true: take the 1973-1974 Arab oil embargo, designed to punish the Americans for their airlift support of Israel in the 1973 Yom Kippur War.

So why would Saudi Arabia and the U.S. conspire against Russia?

As a key ally of Syria, Russia supplies Syrian President Bashar al-Assad with billions in weaponry, thus making himself a direct enemy of Saudi King Salman Riyadh. And Putin's territorial motivations in the Ukraine have also put him at odds with U.S. President Barack Obama and leaders of the European Union, resulting in sanctions.

The problem is the lack of hard evidence that there is, in fact, a Saudi-U.S. collusion going on here. That's what makes this conjecture a conspiracy theory.

And while Russia's economy has certainly suffered as a result of the U.S. and Saudi Arabia's actions, according to Newsweek, "Not only is Putin still standing, but the Russian economy, against most expectations, is recovering. Its stock market is one of the best performing globally this year; the ruble, after losing nearly half its value against the dollar over the course of a year, is rebounding; interest rates have come down from their post-sanctions peak; the government is taking in more revenue than its own forecast expected; and foreign exchange reserves have risen nearly $10 billion from their post-crisis low."

Oil Conspiracy Theory No. 3: I'll Have Iranian Oil with a Side of Economic Prosperity, Please

On April 7, 2015, the Energy Information Administration released the following statement: "Oil prices could tumble $15 a barrel next year if sanctions are lifted following a final nuclear deal with Iran."

While Iran and other world powers reached a preliminary deal on April 2, 2015, further negotiations are needed to complete an agreement by a June 30 deadline.

Bloomberg Financial reports that "Iran's full return to the oil market risks delaying a recovery in prices, which have slumped by almost half since last year amid a supply glut. Iran could boost output by at least 700,000 barrels a day by the end of 2016."

That's right, Iran itself is a potential whale of an oil exporter – it sits on at least 10% of the world's reserves. But because of sanctions, the country lacked the foreign investment it needs to actually get the darn oil out of the ground.

The oil price conspiracy theory here is that the Iran nuclear deal was made simply to boost the U.S. economy, while further damaging Russia's. After all, there are several reasons why a drop in oil prices is great for the American economy: it encourages consumer spending, it improves the job market and it provides businesses with more profits.

One conspiracy theory suggests that U.S. President Barack Obama colluded with the Saudis to flood the global market with oil to bring down the U.S. shale oil industry. Why would he want to do that?

Because the shale oil glut threatens the development of renewable energy and slows progress in cutting U.S. greenhouse gas emissions. According to this theory, POTUS is using the oil glut to destroy anti-environmental projects across the board within the U.S.

In an article published by Slate, "Senate Democrats narrowly defeated the Keystone XL pipeline [bill on Tues., Nov. 18, 2014] in part because President Obama was expected to veto it even if it did pass. He likely feels more comfortable about that stance than he would if oil were priced at more than $100 a barrel right now."

Furthermore, Saudi Arabia hates the American shale oil industry as well. Though King Riyadh is an ally, relations with the country are fraught over this particular subject. So what better way to kill two birds with one stone? Let's just keep our Saudi allies happy while covertly destroying the purportedly environmentally unfriendly fracking industry from within. More oil, please!

Oil Conspiracy Theory No. 5: The Man Who Knew Too Much

Wall Street Journal reporter David Bird left his house to get some fresh air on Jan. 11, 2014. He never came back.

For over a year, Bird remained missing. According to Wallstreetonparade.com, "For the three months prior to his disappearance, Bird was reporting on a supply glut and growing stockpiles of oil. A newly retrieved article by Bird that appeared online at The Wall Street Journal… shows the reporter had also presciently made an early connection between the Federal Reserve ending its massive bond-buying program known as 'quantitative easing' and a potential crash in the price of oil – a crash that has now cut the price of oil almost in half in the past six months." 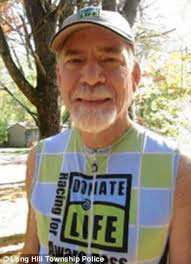 Obviously, the conspiracy theory here is that Bird was murdered for what he knew about the oil industry. His family even claims they think he was murdered for his knowledge about OPEC. According to Wallstreetonparade.com, "On Dec. 2, 2013, the month prior to his disappearance, Bird wrote an article headlined 'OPEC Faces Challenges to Maintain Oil-Market Stability.' In the article, Bird noted that 'circumstances could test the limits of OPEC's ability to hold prices steady over the next 1,000 days.'"

While his reporting style wasn't edgy, he knew and understood more about the sector than anyone else writing about the oil industry. "That type of asymmetric knowledge about the massive data banks of the Energy Information Administration and OPEC trends," wrote Pam and Russ Martens of Wallstreetonparade.com, "led Bird to make prescient observations in 2013 on the very situation the U.S. finds itself in today in terms of an oil price collapse, a rising U.S. dollar constricting global growth, the Federal Reserve's role in the strength in the dollar, and the disarray in OPEC."

What's even more suspicious about Bird's death is the fact that, five days after he disappeared, someone used his credit card in Mexico.

Forget pipe dreams! This is a pipe nightmare! For five years now, the Keystone Pipeline has been the focal point of one of the biggest political debates in our nation's history. But parts of the controversy have been kept secret from the public. One anonymous senior energy analyst gave us the scoop on what we should know: who really benefits from Keystone – and how this one single project could keep energy sector growth stagnant for years…

All of the above……..deal with Saudis to bring Putin down]

In my opinion, we shouldn't forget the interest these companies have in Brazil. They want our oil and our government to change.

when giants are jockeying for strategic positions it sad to note that those who are mostly affected are very people who are largely dependent on certain products that these giants are producing. With the oil prices plummeting, poors are benefited.

The original oil conspiracy was in 1917. Watch the TRUE story of John Andrews here. If you google "Can water burn?" you'll get an emphatic NO ,But if you google "How does Brandy burn?" you wont get an answer. Strange that ! Considering Brandy is made with water.