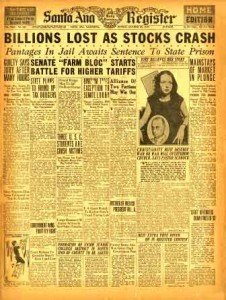 We begin our stock market crash history series with the most devastating in terms of duration and extent: the Stock Market Crash of 1929.

Black Tuesday, Oct. 29, 1929, marks the crescendo of this crash. On that day alone, the Dow dropped 12% (30 points) and 16 million stock shares exchanged hands - although for some investors, there were absolutely no buyers to sell to.

When the dust settled, more than $30 billion (roughly $350 billion in today's dollars) in wealth had been obliterated. 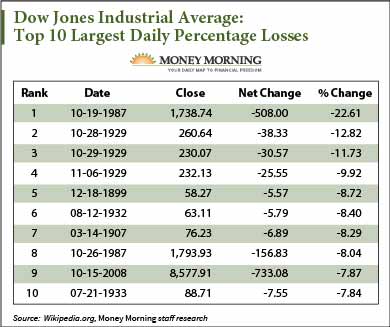 But one thing that made the Stock Market Crash of 1929 truly devastating was that it drew out far longer than a single day...

In fact, the second-, third-, and fourth-worst stock market crashes (as measured by daily percentage losses) in Dow Jones Industrial Average history all occurred in 1929.  Even the sixth- and 10th-worst crashes, on Aug. 12, 1932, and July 21, 1933, stem from volatility in the wake of the Wall Street Crash of 1929.

Behind the Wall Street Crash of 1929 was a phenomenon that may be more familiar than you'd like...

What Caused the Stock Market Crash of 1929?

A speculative bubble - in the manufacturing industry - took hold in the 1920s.

In the first six months of 1926 alone, combined net profits of 536 manufacturing and trading companies increased 36.6%. The Dow Jones gained more than 20% between June and September 1929. The Roaring Twenties were riding high on encouraging share prices and the end of World War I. The stock market increased 10-fold in nine years. 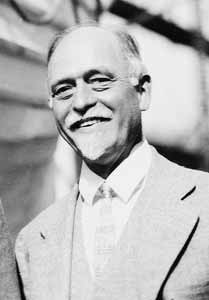 "Given the chance to go forward with the policies of the last eight years, we shall soon with the help of God, be in sight of the day when poverty will be banished from this nation," then-President Herbert Hoover said months before the crash. "We in America today are nearer to the final triumph over poverty than ever before in the history of any land."

His second-term presidential campaign in 1928 ran on the idea there would be "a chicken in every pot and a car in every garage."

People poured wealth into the market, even borrowing money to invest. In 1929 before the crash, two out of every five dollars a bank loaned were used to purchase stocks. More than $8.5 billion was out on loan - more than the entire amount of U.S. currency in circulation at the time.

But what (falsely) goes up must come down - and it did so, with theatrical tragedy...