For May 29, 2015, here's how the stock market did today, the top stock market news, and stocks to watch based on today's market moves... 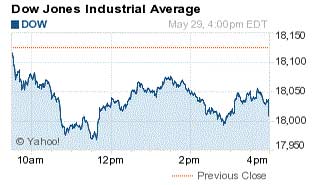 What Investors Need to Know Today

How to Make Money - and Protect Your Money - Today

Don't lose your hard-earned money by getting caught on the wrong side of a trade. Stay informed on what's going on in the markets by following us on Twitter @moneymorning.