China has just made another strike against the U.S. dollar with a new "world bank" - the Asian Infrastructure Investment Bank (AIIB). 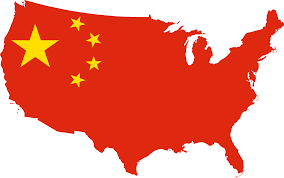 By now 57 countries have been approved to join forces in this $50 billion global economic "superpower" cooperative - and the United States is not one of them.

India, Saudi Arabia, Iran, Britain, and Germany are among the founding members in China's AIIB.

Washington officials have declined to join. They say this bank will rival the International Monetary Fund, the World Bank, and the Asian Development Bank - and fear Beijing will use this new bank to strengthen its economic power.

China's AIIB is just the latest in a string of moves from the Red Dragon to promote its currency, the yuan, and remove the U.S. dollar as the world's reserve currency.

The fallout of these deals has such dangerous economic consequences that the CIA's Asymmetric Threat Advisor Jim Rickards has just released warnings for Americans to get prepared today...

"China is actually putting yuan bilateral trade agreements in place all over the world," said Rickards. "Once there's enough trade and enough volume in a certain currency, it can become a reserve currency. These are all straws in the wind, leading to the collapse of the dollar as the global reserve currency."

Just look at these historic deals China has made recently to challenge the U.S. economy:

These deals are just one way China aims to take down the dollar. In fact, there are five dangerous catalysts that will destroy the dollar and trigger a massive economic collapse. Continue here to find out from Rickards how these five "flashpoints" will trigger the U.S. dollar demise ...

Looking forward to reading this newsletter.