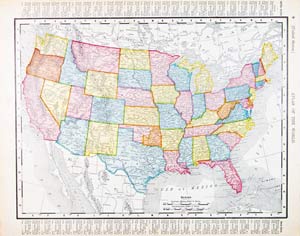 Want to know who is the richest person in each state?

For the first time in its 98-year history, Forbes has compiled the data and published it on April 29. Up until now, the publication released "The World's Billionaires" list, an annual ranking of the world's wealthiest people, since 1987. But this breakdown of the richest person in every state is a new, more specific take on the wealthy.

Now inquisitive people across the nation are free to compare their own fortunes to those of the top dogs in their respective states.

For Maryland, where Money Morning operates, it's Ted Lerner -- an 89-year-old self-made real estate tycoon worth $5 billion. Lerner is a lesser-known name on this list. You may find names like New York's David Koch, Washington's Bill Gates, or Nebraska's Warren Buffett more recognizable.

Before you start fishing below, here are a few interesting tidbits Forbes noted:

Now, go forth and behold who is the richest person each state has to offer right now -- and exactly how they cashed in...

Show Me the Money: Who Is the Richest Person in Each State?

The difference between the states is interesting. Some states do not even have billionaires. Then again I think the really rich people do not want to be involved with these kind of lists!

im eighty years old and in deep dept my wish more then anything is not to be worried about bills so if someone can give me a good investment i would be so happy i dont think anyone will answer ?