The American Society of Clinical Oncology (ASCO) held its annual meeting in Chicago this week. 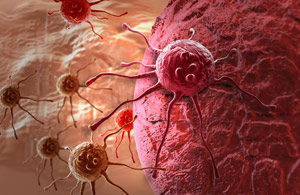 More than 30,000 people attend the event, which features more than 4,000 presentations from some of the top biotechnology companies in the world.

For investors, this provides us an in-depth look at some of the world's best biotechnology companies to invest in.

"The general run-up in oncology stocks is related to the heightened general focus on cancer-related medicine," Patalon said last week. "And there's usually a really big pop in the shares of several companies whose researchers present important papers at the conference."

Here are four of the top biotechnology companies to watch after ASCO 2015...

Money Morning Members, continue reading for two more stocks that are experiencing the "ASCO effect." Not a member? Sign up now - it's completely free!