The amount of U.S. debt owned by foreign nations has never been higher. 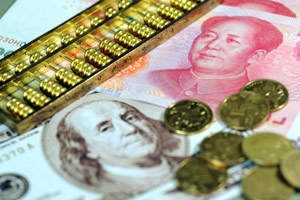 China is the largest holder of U.S. debt. At the end of March, the Treasury Department announced that China owned $1.261 trillion worth of U.S. government securities. That's more than 20% of the U.S. total foreign debt.

That means China now holds the power to drastically impact interest rates in the United States.

You see, the problem arises when countries like China start dumping that debt.

According to the Council on Foreign Relations (a non-partisan think tank), "A foreign sell-off of U.S. securities could drive up U.S. interest rates and render the nation's formidable stock of debt far more expensive to service... No one knows in advance when the tipping point will be reached, but the damage brought about by higher interest rates and slower economic growth will be readily apparent afterward."

We've seen China exercise this power before. During the last six months of 2014, China dumped more than $75 billion worth of U.S. bonds.

What China will do with our debt is such a major concern that the CIA's Asymmetric Threat Advisor Jim Rickards has just released a warning for all Americans...

With these actions, China has taken direct aim at the U.S. dollar. And that's just one of the ways China is engaging in financial warfare against the United States.

This is just one of five "flashpoints" that will trigger the U.S. dollar's demise. Some of the others are already happening. Continue here to get all the dollar-ending catalysts today...

Really? You expect one to continue to read an article that relies on the Council of Foreign Relations as its' source of information? The CFR is the promotional arm of the Ruling Elite in the United States of America. Most influential politicians, academics and media personalities are members… Its’ “experts” write scholarly pieces to be used in decision making, the academics expound on the wisdom of a united world, and the media members disseminate the message… Please don't waste our time.

It really doesn't matter where information comes from if it is real. We were warned of possibilities far back as Woodrow Wilson and some of us who are not warped in status quo, common sense reasoning have tried to offset what we see as handwriting on the wall.

better learn to speak Chinese – because they are the ones who will soon take over the fiancées of this country. along with the muslims

…thank you William A. Delaney,

…the understanding of the United World, we need to share ideas, help each other to make this Planet a better place for you and for me?… and the Entire Human Race?

…"disseminating ideas, was a success or a failure?"…

Obviously higher import taxes need to be levied against chinese imports thus making goods from china more expensive to import and sell. As well our congress should consider supporting less tax tariffs and breaks for companies who produce tech and renewable resource products along with agriculture within our borders. These things combined will not only promote national strength in the dollar but also offset debt to foreign nations who most likely will not like the import increase. And stop selling US soil to corporate foreign nations not only is it a conflict of interest but allowing them to fly a foreign flag is an insult to all the men and women who have died for it. Since we will be spending the money into the national defense anyway.. I'll add as a military strategy perhaps lifting certain armed forces restrictions in Japan maybe funding some joint advanced aircraft production facilities. Producing stockpiles of cutting edge airpower in asia will certainly make china rethink overstepping international free spaces. If they choose to get ugly we have support on hand as well id imagine it would bolster friendly relations with japan.

The U.S. really can't afford to make China any madder. They already know they will never get repaid.

When China floods their market with more worthless currency then it's time to bug the hell out. They want to become the next world currency and drive the greenback into the dark ages, that's their plan and ultimately when they stop buying oil then the s*** is going to hit the fan. Look at all the building that went on in the past decade with no occupancy. They are waiting and hoping the world will come knocking when they create what they set out to create.

Why and I mean why did this countries government and industries allow a $trillion plus depth to China. US Industry (clothing, computers, cell phones, etc) chasing the lowest denominator(cheap wages, manufacturing costs) to offer cheap products in america. Now look at the resulting expense,"CHINA NOW CONTROLS OUR ECONOMY" ~~GREAT JOB WASHINGTON! The middle east is now joining with massif dropping of oil costs with thousands already laid off in that industry and Russia is jumping in as well. As the bear stock market continues and with minor gains and large losses(lots of red and minimal green) and that effect on the economy and their retirement funds. Republican comments on slashing medicare/social security funding isn't helping either as that news will have a large negative effect on our economy.