Good morning! For June 16, 2015, here's what you need to know about the Dow Jones Industrial Average today, including earnings reports, the top stock market news, and stocks to watch… 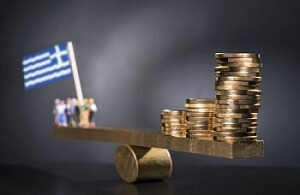 On Monday, the Dow Jones Industrial Average fell more than 107 points as investors sold on fears and frustration over Greece's inability to address its debt obligations. Over the weekend, Greece and its creditors failed to fashion an agreement ensuring the nation could meet its debt payments to the International Monetary Fund. The news sent global markets tumbling and has investors on high alert over Europe's economic future. Monday's largest decliner on the Nasdaq and the S&P 500 was Microsoft Corp. (Nasdaq: MSFT), which slipped 1.1%.