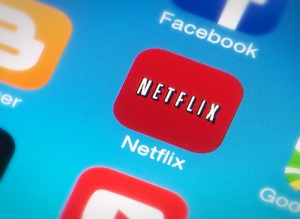 Whenever a major company issues new share, we hear the same questions from readers: What is a stock split, and why is this company holding a stock split?

Here is the full breakdown on stock splits and why companies do them...

Stock splits are typically held by companies who want to significantly lower their share prices.

Say a company has 1 million shares on the market and wants to double that number. They would hold a 2-for-1 stock split. Every shareholder will be given an additional share for each one he or she owns, thus doubling the number of shares. A 3-for-1 split would triple the number of shares, and so on.

After a stock split, the company's share price will be much lower.

Following a 2-for-1 split, the share price will be halved. After a 5-to-1 stock split, the stock's price would be divided by five.

The value of the company and the stock will remain the same, because there are now additional shares on the market. But for retail investors, the newly split stock will look more attractive and affordable.

Before the Google stock split, GOOG shares were priced near $1,125 per share. That was brought down to closer to $562 per share by the split. While investors are still technically receiving the same value for the investment, $562 is an easier entry point for average investors than $1,125.

The new price can also increase demand for shares. According to Nasdaq, GOOG shares saw an average trading volume of 4.44 million shares per day in the five days following the split. Over the last 30 days, GOOG has had a trading volume of just 1.57 million.

Increased demand and trading activity means the shares also have increased liquidity. Strong liquidity is another great sign for investors, because it means they can buy and sell large blocks of shares more easily.

This increased demand can also drive up the price significantly, once the lower price has been set. That can translate into big profits for original shareholders as well as new buyers.

Here are some examples of when stock splits paid off for investors...

Anyone that thinks a $100.00 won't interest a small investor more so than than $700.00 stock needs to study the stock market some more. I'am stupid and I can figure it out. I think there are more small investors than there are Carl Icahn's or Warren Buffet's.