The Dow Jones today (DJIA) plummeted on news that Greece might actually exit the euro. Here are the closing market numbers… 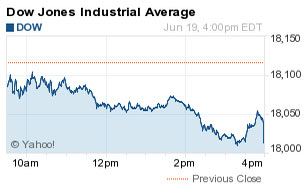 What Happened in the Dow Jones Today?