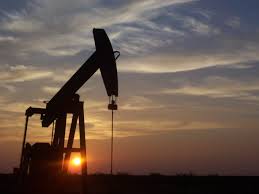 New "behind the scenes" info shows our previous oil price forecast was on the low end...

The big oil market story for the last several months has been one of supply and demand. Plentiful supply has pressured prices.

"The pundits in the media have advanced a simple translation: The expected rebalancing of the crude oil market, in which supply and demand are equivalent and pricing changes are narrow, has not taken place because there remains too much supply on the market," Money Morning Global Energy Strategist Dr. Kent Moors wrote on June 24.

But Moors knows that global oil demand is surging. That's why his oil price forecast for the rest of 2015 has seen prices climbing into the $70- to $80-per-barrel range.

"The demand for oil is absorbing inventory much more quickly than anticipated," Moors told Money Morning readers on April 8. "Much of the demand surge is driven by pent-up needs from developing industrialization and economic diversification. Some is the result of changing energy trading patterns, and a fair amount is from the simple dynamic that markets use more energy as the price declines."

And recent reports show oil inventories are down.

Some pundits are still looking for a bigger supply drawdown. But they fail to understand something about the supply-demand balance needed for higher prices ...

Dr Kent Moors is brilliant and nearly always right. One would do well to listen to what he thinks.