Good morning! For Friday, June 26, 2015, here's how the stock market did today, earnings reports, the top stock market news, and stocks to watch...

U.S. stock futures for Friday, June 26, forecasted a 25-point gain from yesterday's close on news that European leaders are looking to extend Greece's debt deadline by helping the nation pay its maturing debt. The move is seen as a last-ditch effort to avoid a default. 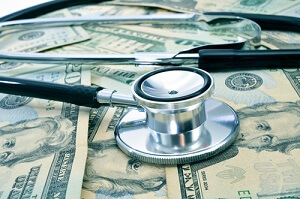 On Thursday, the DJIA fell 75 points thanks to ongoing debt drama in Greece.

Yesterday's market decline would have been greater if insurance and healthcare stocks didn't surge. The U.S. Supreme Court's 6-3 decision to preserve Federal subsidies under the Affordable Healthcare Act was a boon for healthcare and insurance stocks. Shares of Tenet Healthcare Corp. (NYSE: THC) gained more than 12%, shares of Universal Health Services Inc. (NYSE: UHS) added 7.7%, and HCA Holdings Inc. (NYSE: HCA) were up more than 8.8%.