This could go down as one of the greatest breakthroughs in medical history.

A cure for cancer also has shown the ability to undo the damaging effects of aging.

That means this amazing treatment is also effective against seven of the 10 leading causes of death in America. 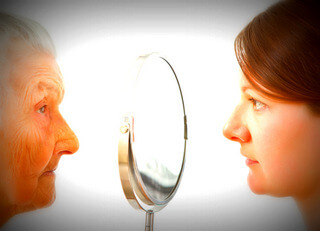 This treatment is also proving a godsend for people suffering from the normal effects of aging - things like poor vision, weaker immune systems, and forgetfulness.

In a study at the Dana-Farber Cancer Institute in Boston, patients with nine different advanced stages of cancer were given the treatment. Tumor growth was stopped completely in 50% of the patients.

This is the cure for cancer that the world has dreamed about for generations.

What about other ailments?

In a trial in Leeds, England, the treatment lowered cholesterol levels by as much as 77%. High cholesterol is the primary cause of heart disease.

"We have found a way to turn back the internal clock by the equivalent of many years of human life." -Dr. Helen Blau, Stanford University

Another study at Harvard Medical School gave the therapy to 36 men between the ages of 60 and 85. All experienced a physical rejuvenation:

When the six-month trial ended, the men had turned back their biological clocks between five and 20 years.

Now, it's not unusual that a single drug or therapy is found to treat more than one disease.

But a cure for cancer that can reverse aging and treat many of humanity's most dreaded ailments is nothing short of a medical miracle.

Indeed, the scientists who discovered this cure won the Nobel Prize in Medicine in 2009.

And it's almost here. At the rate the research is progressing, this treatment could be made available to the public in as little as 24 months.

Money Morning has prepared a special report that gives all the details about this remarkable therapy - what it is, how it works, and why it can treat so many debilitating medical conditions.