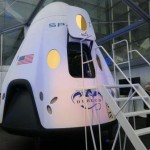 The explosion of the SpaceX Falcon 9 rocket on Sunday looks likely to rattle investors' nerves enough to quash any talk of Elon Musk taking his company public anytime soon.  But space enthusiasts have a way to get exposure to SpaceX right now, according to Money Morning's Defense & Tech Investing Specialist, Michael Robinson.

The failed attempt to resupply the International Space Station represents a serious setback for the company as it vies to become commercially competitive as a top tier contractor to NASA and the military.

The attention the explosion is receiving is probably disproportionate to the impact it will have on the long term success of SpaceX. The failure hasn't affected the timeline for the company's first manned craft launch. And given Elon Musk's vision for the future of space travel, it's only reasonable to expect a large degree of trial and error.

For those who want to jump in now, there's Michael's back-door approach. He suggests buying Google Inc. (NASDAQ:GOOG). The search giant recently bought about 10% of SpaceX as part of its long-term effort to deliver internet access (and therefore its own products) via satellites to unserved parts of the world.

That gives investors a play on one of the largest and most inventive tech companies in the world, and a nice bit of exposure to SpaceX as well. As Money Morning wrote earlier this month, there are underlying strategic reasons Musk has held off on a SpaceX IPO. But smart investors can find a way to ride this rocket nonetheless.