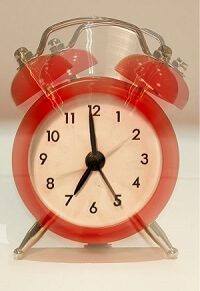 As if stock markets don't have enough to worry about...

In addition to Greece's banking problems likely leading to a Eurozone exit, Puerto Rico facing a historic $72 billion default, and China's stock market in bubble territory, the latest worry is the leap second.

What is a leap second exactly?

A leap second is an event that occurs every few years when the standard time around the world is adjusted by one second to account for a very slight mismatch between clocks and the Earth's rotation. Leap seconds have been used since 1972. Twenty-five such occurrences had transpired over the last 43 years.

If leap seconds weren't used, Coordinated Universal Time would gradually drift from mean solar time. As a result, sunrise would happen much later in the day as clocks would no longer correspond to the Earth's position relative to the sun.

Today's leap second is the first to occur during active stock market trading hours since markets went digital with the launch of the Nasdaq in 1971.

And a leap second could cause much market mayhem...

Exchanges, regulators, firms, and traders the world over will be watching closely today (Tuesday) at 8 p.m. EDT, or midnight Coordinated Universal Time/Greenwich Mean Time, for any disruptions as one second is added to clocks. At that time, after-hours markets in the United States are typically still open for trading, and key Asian markets are just starting their daily sessions.

If systems aren't prepared to accommodate the extra second, failures, unreliable time stamps, or total breakdown are possible, according to The Wall Street Journal.