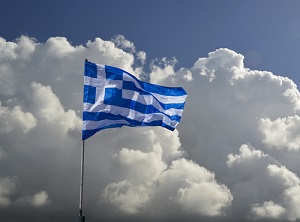 Dow futures today (Wednesday) forecasted a 144-point gain from yesterday's close on news Greece has accepted conditional terms for a new bailout round overnight. However, Germany's financial ministers remain skeptical and said the nation should proceed with its referendum vote.

Yesterday, the DJIA gained 23 points, paring gains after the Greek debt talks broke down in the final hours before the European nation fell into default. Germany slammed the door on Greece's last-minute request for another bailout. Greece failed to make its €1.5 billion ($1.7 billion) payment to the International Monetary Fund. This is the first time that an advanced economy has failed to make a payment to the 71-year-old global financial agency.