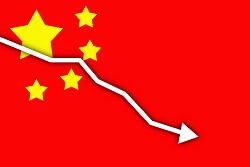 On Tuesday, the DJIA finished up 93 points on the day. Oil prices rebounded slightly after Monday's remarkable downturn.