It can be difficult to identify the best pot penny stocks at the moment. 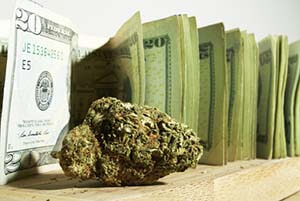 But all the scams and pump-and-dumps schemes aren't representative of the industry as a whole –and don't illustrate where cannabis is headed.

"Those were not issues regarding cannabis," Leslie Bocskor, managing partner at Electrum Partners, told Money Morning. "Those were issues regarding publicly traded companies and the actions being taken by insiders in those companies, and other people taking advantage of the interest in trading this market to use it as a way to get liquidity at pricing that might not be reasonable."

"They have no real business of any substance and they have a very high valuation," Bocskor said. "The reason that they trade at these very high valuations is that the people that are involved in reverse mergers and the promotions have free trading stock and they want to see them trade at a high valuation and get a lot of interest so they can get out."

Investors are right to be wary of treading in pot penny stock territory. But there are ways to identify the best pot penny stocks, even if you want to wait it out as an observer and not an investor at the moment.

The Best Pot Penny Stocks and How to Find Them

And operating within the law – and at the discretion of the SEC – is a must as well. He said that rather than being concerned by the SEC trading halts last year, his company welcomed them as a way to weed out the bad actors in the space.

"They were poking the SEC and federal government in the eye, they were riding the wave of putting the word 'marijuana' or 'cannabis' in a press release and seeing hockey stick trajectory as a function of that," Gormley said. "But the reality is that those companies also didn't have real products or services or revenue-generating assets. Most of those companies, if you take a closer look, were all pre-revenue."

Gormley said OSL Holdings is going to be the "tortoise" in the race.