For July 10, 2015, here's how the stock market did today, earnings reports, the top stock market news, and stocks to watch based on today's market moves... 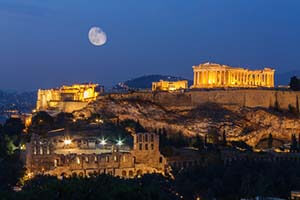 The Dow Jones Industrial Average today surged 211 points on widespread optimism that Greece is approaching a deal with international creditors to avoid a default. The S&P 500 Volatility Index (VIX), the market's fear gauge, slipped by 15.7%.

Telecommunications was the top-performing sector out of all 10 major sectors in the S&P 500. Rumors of increased mergers and acquisitions activity propelled investor sentiment. Shares of Comcast Corp. (Nasdaq: CMCSA) were up more than 1.9% on the day.

Chinese stocks also gave the Dow a bump today, as their two-day rally continues. As of early this week, the Shanghai Composite had slipped 32% since June 12, forcing Beijing to step in and take stabilization measures. The nation has prevented investors with significant stakes in domestic companies from selling their shares, and the nation's largest brokers have purchased more than $19 billion in stocks to provide support to the broader markets. Now the total drop since June 12 is down to 25%.