Some days you just want to crawl back into bed and pull up the covers. Wednesday was certainly one of them.

Greece has until Sunday to be saved from financial oblivion, and the Chinese stock market looks like it has come unglued. On top of these crises, the New York Stock Exchange stopped trading for over three hours Wednesday because of a "technical" glitch.

Now, other trading platforms remained open. One could still trade NYSE-listed shares on the Nasdaq and some 10 other exchange locations. The redundancy in trading avenues, occasionally criticized by many (myself included), certainly came in handy. After all, in just about any other place on the globe, an event like this would have resulted in folks sitting around staring at blank screens.

Yet coming after another computer glitch had grounded all United Airline flights worldwide and after something else caused The Wall Street Journal website to go down, it made quite a morning for both doomsayers and conspiracy theorists. 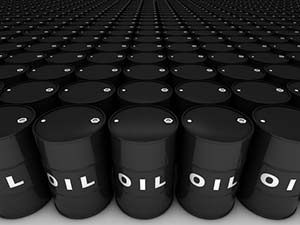 There was no cyberterrorism or hacking suspected in any of these shutdowns. Nonetheless, three such incidents in the span of a few hours would seem to strain the laws of probability.

Anyway, assuming the world as we know it more or less functions today, the condition of energy prices has once again taken center stage.

Here's my take on what's really going on with energy prices...

Too Premature to Make Predictions on Energy Price Effects

There are certainly reasons why energy is the center of focus despite having little to do with either the cause or the acceleration of the major problems (the market slide was not prompted by a collapse in energy demand, nor was it accentuated by one).

Still, when events like these happen, all attention invariably turns to the effects they have on economic and market improvements. In short, the causes may be varied, but the focus is always the same. What will this downside event do to the level of energy needed globally?

To be sure, such projections as the event unfolds are very premature. They are knee-jerk reactions at best. Any concerted estimation of demand levels requires at least a quarter or more of data. This is not a day-by-day exercise. After all, we have had spikes in oil prices in the recent past based on only a few drilling rigs up or down in the count Baker Hughes gives us each Friday.

This has been crass overreaction. Here's why...

Hello Sir,
What happens when the dollar crashes and we invested in U.S. dollars?