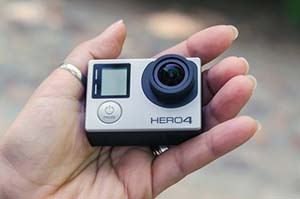 And if you took that opportunity to buy the dips and not sell the panic, you'd be up big. Since falling 25% in late June, the week that noted short seller firm Citron Research published a vicious short report, AMBA stock has recovered 15.5%. It's up 114% this year.

And it's poised for long-term gains regardless. This slight 15.5% bump is just the beginning.

"Ambarella still faces a lot of growth in the years ahead," Money Morning Defense & Tech Specialist and long-term AMBA stock bull Michael A. Robinson said. "After this fairly hefty 'haircut,' the stock should resume its upward trajectory."

Robinson looked at PRTA stock on Oct. 23, 2014. However, PRTA stock is a volatile biotech, so he encouraged investors to look at the Guggenheim Spin-Off ETF (NYSE Arca: CSD). This ETF allows investors to cash in on corporate spin-offs and "allows you to tap into the early-stage biotech boom without taking on all the risks of investing in pharmaceutical companies without products on the shelves yet."

Prothena was spun off of Elan Corp. Ltd. in December 2012.

This biotech specializes in vaccines. Money Morning Small-Cap Specialist Sid Riggs recommended the stock in November 2013. Around this time, Novavax was making strides in a vaccine for avian flu. We highlighted Novavax throughout 2014.

"The way I see things, Novavax represents a paradigm shift in the way vaccines are currently produced," Riggs said in November 2013. "The Novavax method implements a disposable, single-use manufacturing system - eliminating the need to clean and sterilize equipment between batches. That means an antivirus production facility can be built at a fraction of the cost traditional methods require."

To see where these stocks to buy rank, as well as a few other top performers, check out the chart below: