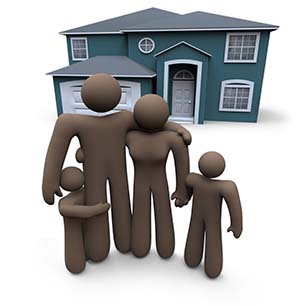 The middle class is shrinking here in the U.S. of A., according to new data from The Pew Charitable Trusts...

A March 19 study revealed the percentage of American middle-class households dropped in every state between the years 2000 and 2013. In other words, households with earnings between 67% to 200% of their respective state's median income (thereby qualifying them as "middle class") fell during that period.

"Our future will bring more wealthy people than ever before, but also more poor people," wrote libertarian economist, professor, and New York Times best-selling author Tyler Cowen in his 2013 book "Average Is Over." "Rather than balancing our budget with higher taxes or lower benefits, we will allow the real wages of many workers to fall - and thus we will allow the creation of a new underclass."

Cowen speculates that employers will have authoritarian-like rule over their employees in the future, demanding perfection to weed out the underperformers. Cowan also predicts retirees will live in favela-like Shantytowns. Youngsters, disillusioned by their prospects (or lack thereof), will keep themselves occupied with drugs and online entertainment.

Whether or not a dwindling middle class will result in Cowen's dystopian future, one thing is for certain: The middle class is shrinking - and has been doing so since the late 1970's...

5 Facts that Prove the U.S. Middle Class Is Shrinking

Evidence Middle Class Is Shrinking No. 1: Wages have been stagnant for decades. The United States has experienced generally stagnant wages while high-earning individuals keep making more and more annually. On Jan. 6, 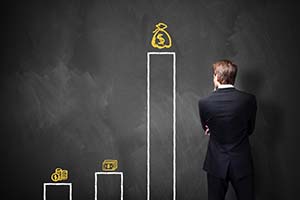 the Economic Policy Institute (EPI) released data showing that in 2007 (the last year before the Great Recession), "the average income of the middle 60% of American households was $76,443. It would have been $94,310, roughly 23% (nearly $18,000) higher had inequality not widened (i.e., had their incomes grown at the overall average rate - an overall average buoyed by stratospheric growth at the very top). The temporary dip in top incomes during the Great Recession did little to shrink that inequality tax, which stood at 16% (nearly $12,000) in 2011."

Evidence Middle Class Is Shrinking No. 2: The worker-to-productivity ratio is grossly unbalanced. Wage growth stagnation has stemmed from a growing wedge between overall worker productivity - the improvements in the amount of goods and services produced per hour worked - and the pay (wages and benefits) received by a typical worker.

According to the EPI, over the 30-year span following the Second World War, hourly compensation for the majority of workers rose 9%. That number was approximate to the productivity growth at the time - also 9%.

But the parallel hasn't persisted.

With the exception of a few years in the late 1990s, compensation for the majority of working Americans fell behind overall productivity - by a lot. Between the years 1973 and 2013, hourly wages for a worker in a nonsupervisory position rose just 9%. However, productivity during this time rose a whopping 74%.

Because workers have been putting in more time for scant, if any, pay increases over the last three decades, they haven't been able to save and prepare for retirement - which brings us to our third piece of evidence...

you can thank the crooks we send to washing to take care of us. the time has come to arrest them all for treason

The reason the middle class is declining is the high taxes to pay for those that refuse to work and continue being rewarded for having kids out of wedlock.

Glenn,
When do you see the facts. The federal reserve undermines your standard of living to the amount of 4 trillion dollars over the last 8 years. The 6 largest banks now control 20% of everything in the United States and multi national companies have just lost great value in the stock market because China is in a down turn and devalued their currency.
Yes, we spend billions to support people that have remained to long on hand outs, but we have banks, large companies, hedge funds and others that take 100 of billions if not trillions in the same time period and you have nothing to say about that. Keep thinking small while you are robbed every minute of the day.
Everyone needs to pay now and we instead want to plan the next guy on the ladder and not ourself for this mess or the people above us on that ladder.

I disagree with Cowen's thinking when he said this: Cowen speculates that employers will have authoritarian-like rule over their employees in the future, demanding perfection to weed out the underperformers. With boomers retiring the world will have a hard time filling all the positions that will be available so employers will have to kiss some employee tush in order to keep their staff.