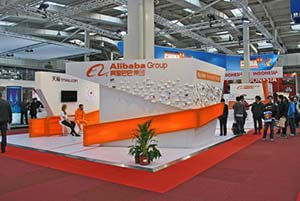 What does Alibaba own? The answer: A lot more than just e-commerce websites.

It maintains a network of 14 websites that all operate differently.

While those sites are what Alibaba is best known for, the company is involved with a lot more than just e-commerce.

Here are five things that Alibaba owns that very few investors know about...

What Does Alibaba Own? A Professional Soccer Club

Following the purchase, the team was renamed Guangzhou Evergrande Taobao Football Club. It's one of the most popular teams in China and was the winner of the 2013 Asian Football Championship.

According to a report from Bloomberg at the time, Ma struck the deal over drinks with billionaire Hui Ka Yan and later finalized it over a 15-minute phone call.

After the deal, Ma said the purchase was part of his plan to transform Chinese society and the landscape of soccer in the country.

What Does Alibaba Own? 28,100 Acres in Upstate New York

In early July 2015, Ma shelled out $23 million for a property in New York's Adirondacks that was once owned by William A. Rockefeller, Jr.

"Mr. Ma plans to form a nonprofit entity to manage Brandon Park," Ma's spokesman Jim Wilkinson told The Wall Street Journal. "The land is Ma's first investment in conservation land outside of China, where he is a prominent supporter of conservation efforts."

Ma has a history of environmental conservation. He chairs the China board of the Nature Conservancy and also sits on its global board. He co-founded the Sichuan Nature Conservation Foundation and the Laohegou Nature Reserve in Sichuan.